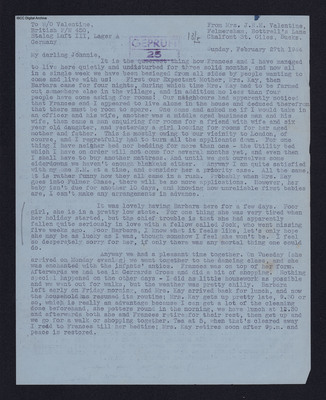 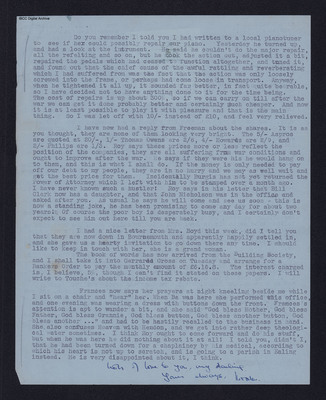 Writes of rush of people enquiring whether they could rent rooms in their house but turned them down as she decided that expectant mothers had priority. Writes of her sister's recent visit and other domestic activities. Mentions plans to get piano fixed and goes on with financial matters. Concludes with mention of recent correspondence, mortgage payments and daughters saying prayers.