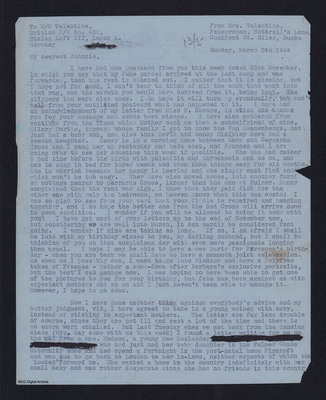 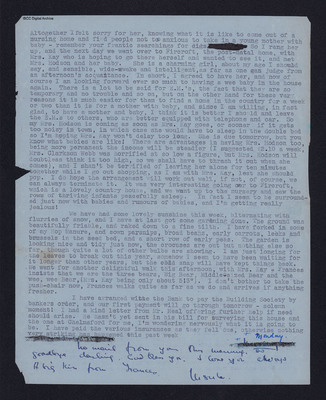 Reports arrival of heavily censored letter posted in November and commiserates over missing parcel. Catches up with news of acquaintances and hopes that a new violin from the Red Cross will arrive soon. Mentions that his mail is really slow, she now has most letters up to previous November and worries that her birthday greetings to him will also be delayed. Continues with decision to board mother and young baby as this paralleled her own experiences. Concludes with mention of weather, gardening and other recent activities.