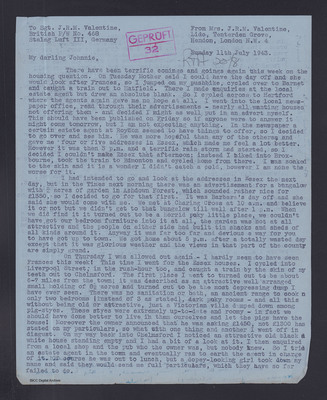 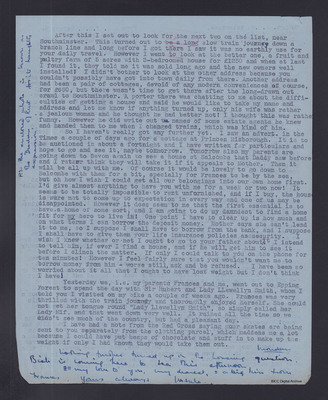 She writes long account of about her efforts with house hunting in Hatfield Herford, Ashdown Forrest, Essex and possible financial solutions to buy. Mentions going to Epping Forest to visit Sir Hubert and Lady Llewellyn Smith.