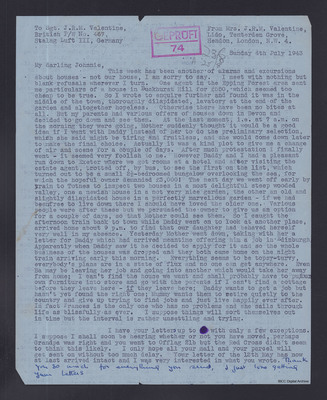 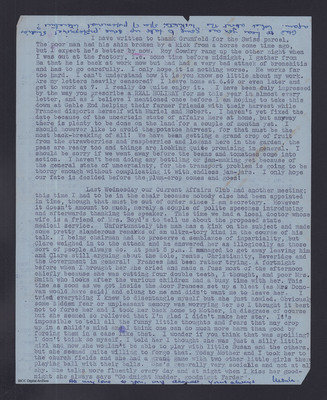 She writes of her containing house hunt and that she went to Exeter to look at houses with her father and of the difficulty in finding one for her and John. She also writes about the garden, her job and her Current Affairs Club where the speaker was a doctor talking about the proposed state medical service, also their daughter’s activities