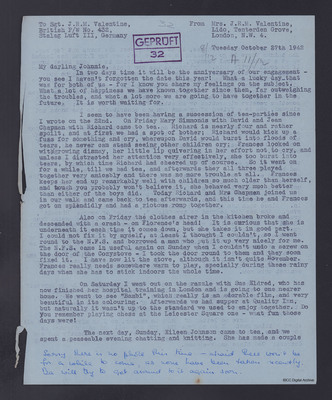 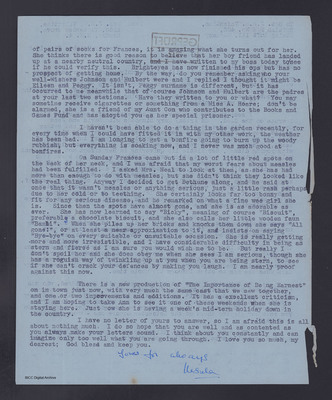 Writes of day to day activities and domestic maters. Mentions that she is not sending photographs as none have been taken recently. Catches up with news of friends and mentions that bad weather has prevented gardening. Writes that Frances came out in red spots but does not think it is measles. Mentions no letter from him.