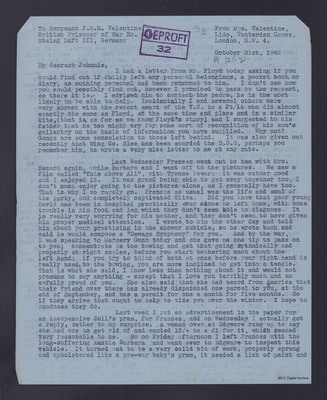 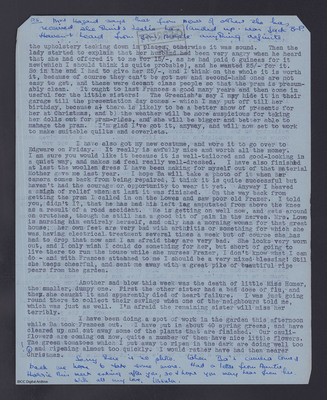 Starts with requests about his crew and other discussion of gallantry award for his pilot. Continues with news of daily activities of friends and family. Mentions trying to get a doll's pram for daughter and a tells of her wearing a new costume as well as a neighbour who had his leg amputated after a road accident. Continues writing about with other local news and domestic activities. Concludes by saying no photograph until her sisters camera comes back.