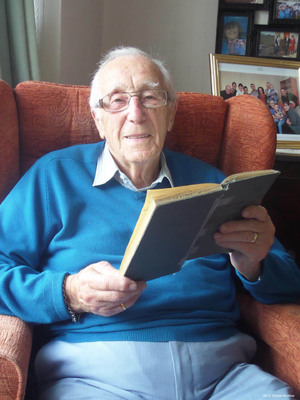 James Stanley Wilson remembers serving as a flight engineer on 626 Squadron during the war. Tells of his baptism of fire on his first operation to Berlin, when his aircraft was targeted by enemy fighters. Mentions marking targets on D-Day. Talks about comradeship among the crew members.