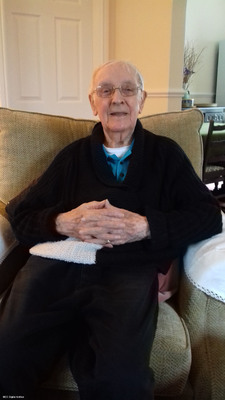 Harold Richards from Lincoln was working in the health industry before he volunteered for the RAF. After trying to be a pilot he trained as an observer. He was posted to 297 Squadron at Stoney Cross where he and his crew dropped supplies to the Special Operations Executive and Resistance in occupied France and Norway. They then took part in glider towing during D-Day, Arnhem and the crossing of the Rhine. Harold flew in a number of different aircraft including Albemarle, Halifax, Wellington, Stirling, Whitley, Anson and Oxford. After operations one of his pilots used to compare bullet holes in the aircraft with his pilot friend as a competition.