The collection has been loaned to the IBCC Digital Archive for digitisation by Harold Richards and catalogued by Barry Hunter. 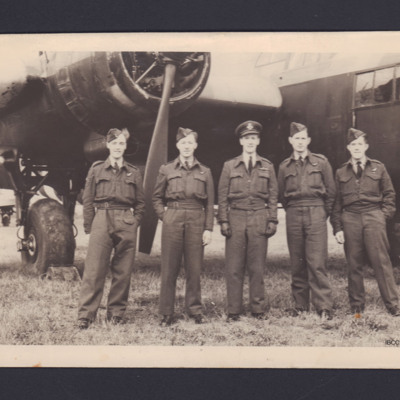 Five airmen standing in a row in front of an aircraft. On the reverse
'L-R
1 Harry 2 W/O 3 Pilot Milroy 4 Navigator 5 Gunner'.
It is stamped AM Crown Copyright Reserved'. 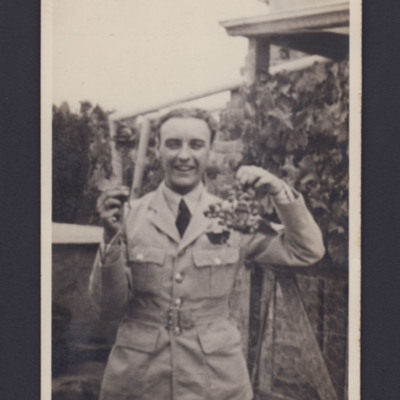 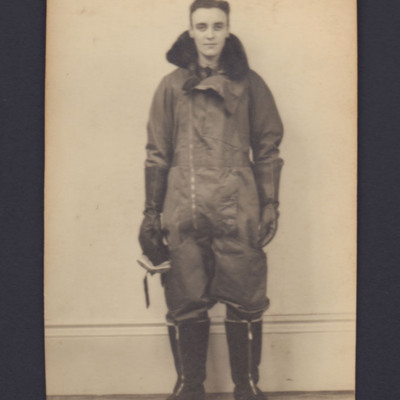 Harry Richards standing in flying kit, boots and holding his googles. On the reverse is 'Lincoln'. 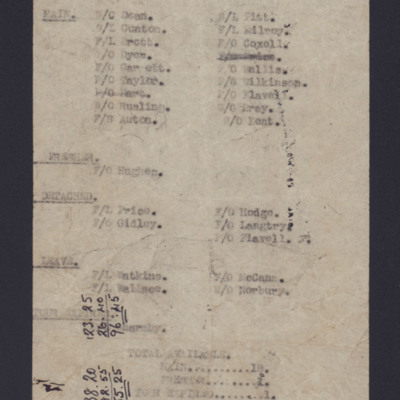 A list of the two flights of 297 Squadron. The list is of available pilots. There are four other categories - detached, leave, tour expired and one is indecipherable.
On the reverse is handwritten
'April
2 Y Norway 6.30
May
3 Y Towing ex.… 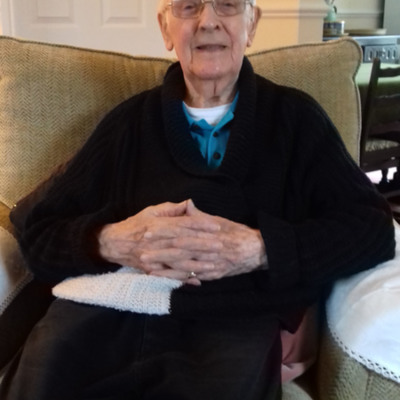 Harold Richards from Lincoln was working in the health industry before he volunteered for the RAF. After trying to be a pilot he trained as an observer. He was posted to 297 Squadron at Stoney Cross where he and his crew dropped supplies to the…
View all 6 items