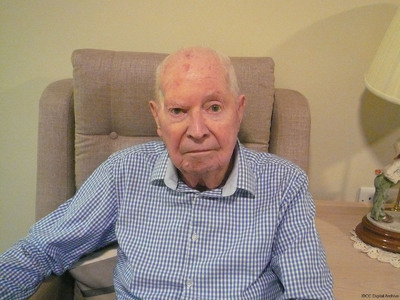 Robert Maggs lived in London until his family were bombed out and moved to the seaside. He joined the local Air Training Corps and later volunteered for the RAF and trained as a gunner. During training his plane crashed and he was left trapped. He doesn’t remember how he managed to escape through the turret. After completing a tour with 90 Squadron he was posted to Egypt.