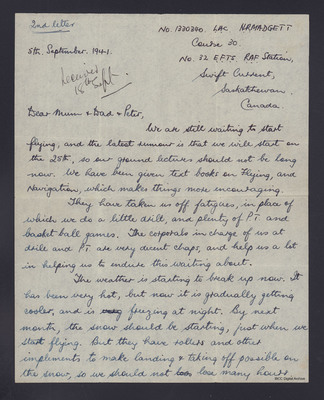 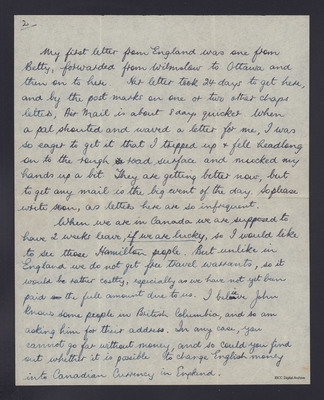 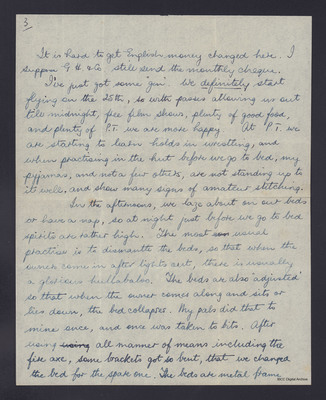 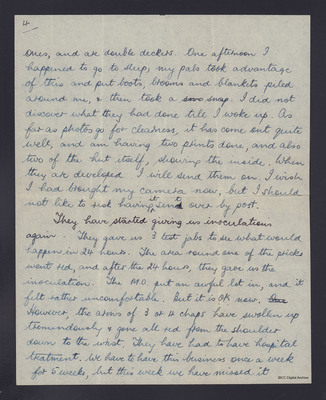 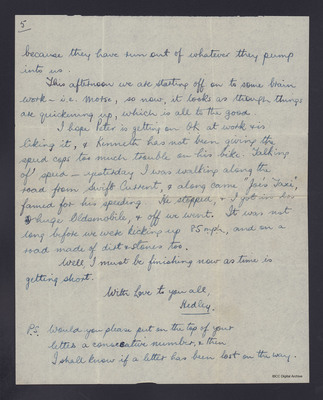 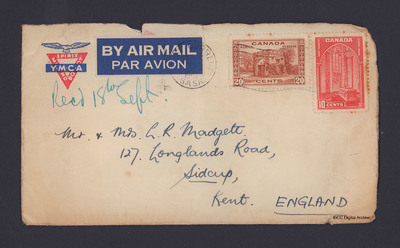 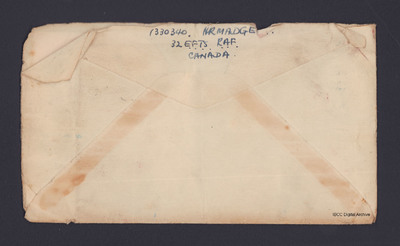 Writes from Swift Current that they still have not started flying. They have been issued with text books on flying and are doing lots of sports. Mentions the weather and the time his latest letter took to get from England. States that they will get leave but no travel warrants so it will be difficult to visit people round Canada. Talks about pay and money as well as daily activities and sleeping arrangements. Continues with talk of inoculations acquaintances and a taxi ride.