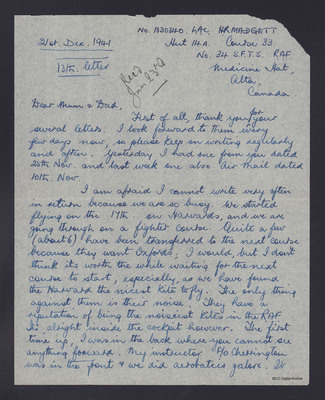 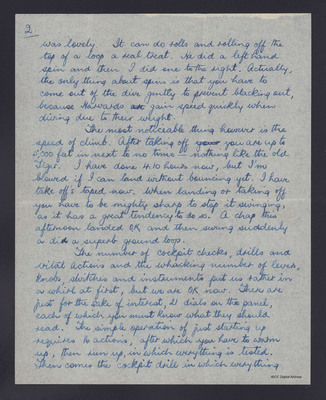 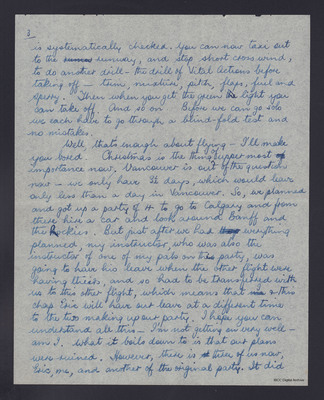 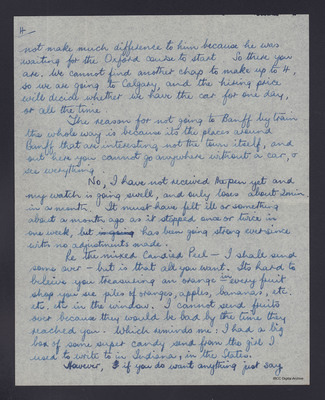 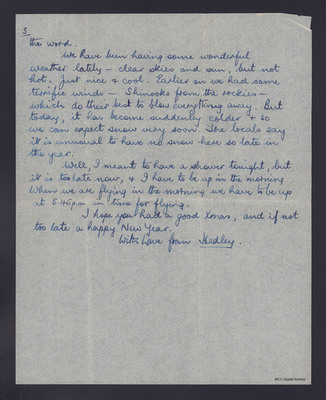 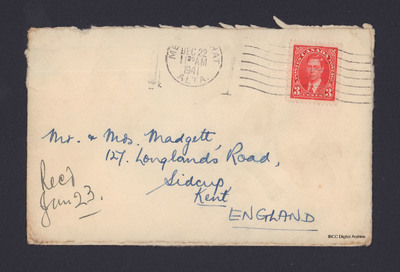 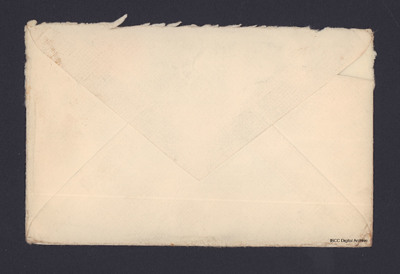 Writes from Medicine Hat thanking them for letters and asking them to continue writing; he is unable to reciprocate due to work load. Started flying Harvard and does not think it is worth waiting for next course on Oxford. Writes about flying, aerobatics, and the complicated cockpit and checklist on the Harvard. Talks of Christmas but unable to get to Vancouver as only 3 days leave. Plan to go to Calgary and Banff instead, Writes of pen and watch and abundance of fruit in Canada which he cannot send over. Concludes with talk of weather and hoping they had a good Christmas and happy new year.