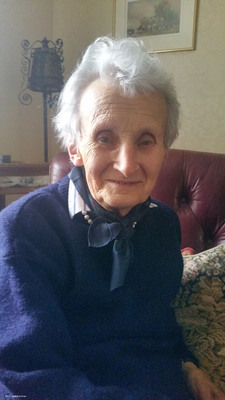 Rhona Hay was a very young child during the war and lived with her mother while her father was away serving in the RAF. Her brother was also in the RAF and was killed during a training accident. She recalls the acceptance of the bombing and so on as part of everyday life. She describes rationing and the make do and mend habit. One day an incendiary hit the jam factory and she saw the sky alight with the glow of the burning while she and her mother watched.