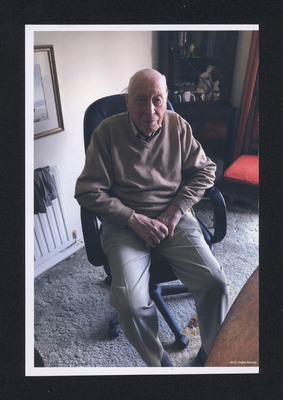 Eric Haynes and his friends volunteered for the RAF together days after the declaration of war. He wanted to enlist as a photographer but was encouraged instead towards the role of RAF police. Later he saw a notice inviting recruits to remuster to the motor boat crews. He applied and was posted to the Marine Aircraft Experimental Establishment at Rhu in Scotland. Along with taking part in experimental work he was deeply affected by witnessing a Lancaster which had crashed and he was involved in the rescue operation.