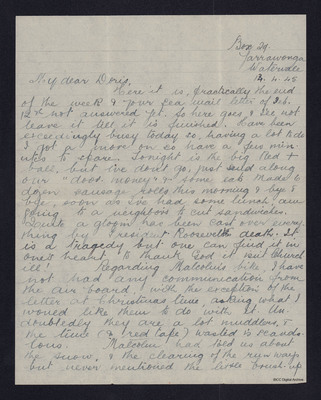 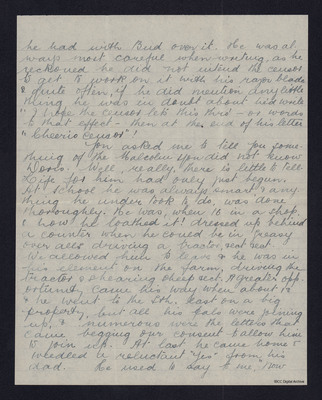 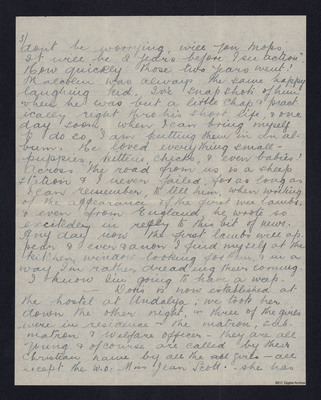 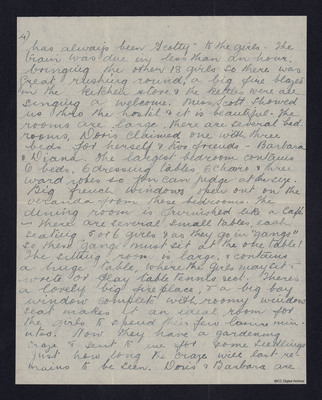 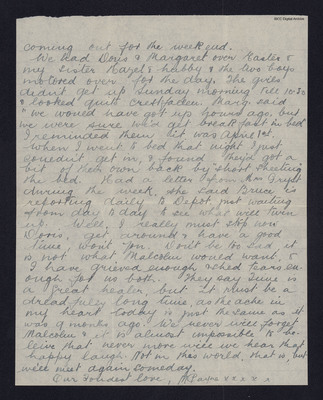 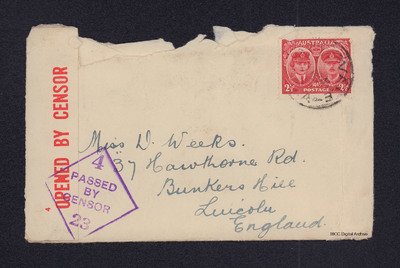 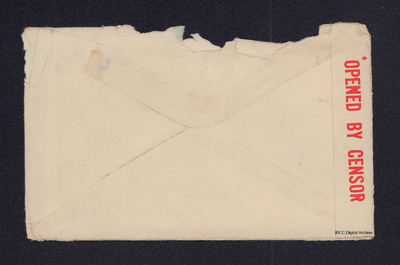 Catches up on activities and expresses gloom over President Roosevelt's death. Talks of Malcolm's bike and censorship of his letters. Writes about Malcolm when he was young. Catches up with family news,