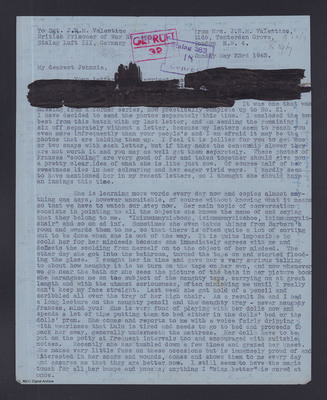 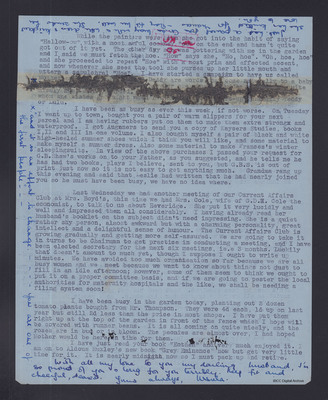 Reports arrival of missing letter and says she will be sending photographs separately. Comments on photographs of Frances cooking and says she is learning more words every day. Writes of daughter's other activities before going on to describe her own which include; womens' group meeting, gardening and reading.