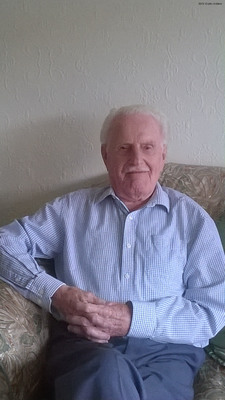 Arthur Woolf was working in an office before he volunteered for the RAF. He was keen on flying and would cycle to Castle Bromwich airfield to watch the aircraft. He was accepted for aircrew training and became a wireless operator. After joining a crew he was posted to 630 Squadron at East Kirkby. On their sixteenth operation they were shot down by a night fighter. The two gunners were killed. Arthur was seriously injured and when he regained consciousness he heard voices which proved to be French people who took him to their farmhouse. He was eventually taken prisoner and was taken to hospital in Nancy. He and three others were left in the cellar when the hospital was evacuated and they were liberated by the Americans. On return to the UK Arthur was first sent to Wroughton RAF Hospital before being transferred to the care of Archibald McIndoe and his team and became a member of the Guinea Pig Club.