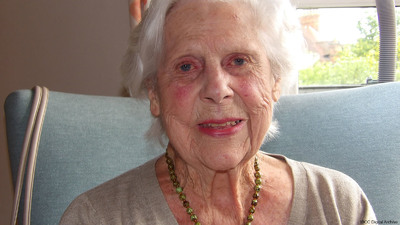 Audrey Baker had been married to Gordon, her Bomber Command pilot husband for two years when he was killed in action. Gordon had been serving with 50 Squadron. She immediately joined the WAAF as a driver and was posted to Balloon Command. She drove for her Commanding Officer and also an ambulance during her service. She became commissioned and as an adjutant she was shocked when during wartime she had to discipline a WAAF for being seen on the Underground without her hat.