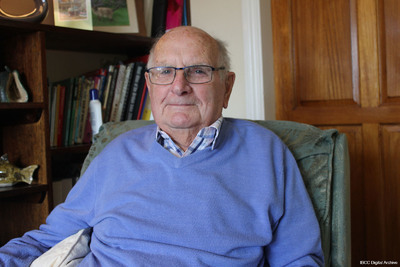 Maurice Bailey left school at fourteen and went to work in an engineering firm. Tells of how he always wanted to become a pilot, since he saw an aeroplane for the first time at school. After being discouraged from becoming a pilot by the RAF recruiters, he then trained for a flight engineering role. He flew twenty-seven operations with 227 Squadron at RAF Balderton. Describes his role and his duties as a flight engineer. Remembers carrying out an emergency landing with only two engines working. Flew his first operation to Gravenhorst on the 6th of November 1944 and his last operation on the 10th of April 1945 to Leipzig.