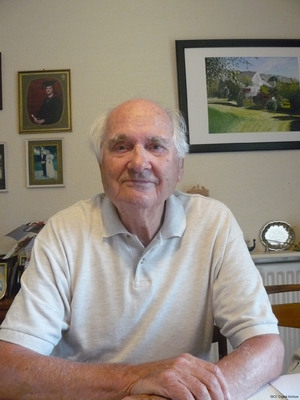 Ron Tomlin grew up in Birmingham and was an apprentice carpenter before working in a munitions factory. He volunteered for the Air Force at 18, and after training, flew operations as a bomb aimer with 10 Squadron. His aircraft was forced to ditch in the English Channel and he became a prisoner of war. He discusses the conditions he endured before he was liberated. He became a draughtsman after the war and attended 10 Squadron reunions after his retirement.