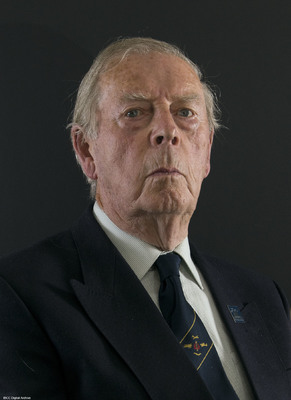 Robert McClements grew up in Northern Ireland and after working in various jobs he volunteered for the Royal Air Force. He flew a tour of operations as a mid upper gunner with 10 Squadron. He discusses the model of his aircraft that a German prisoner of war made for him.