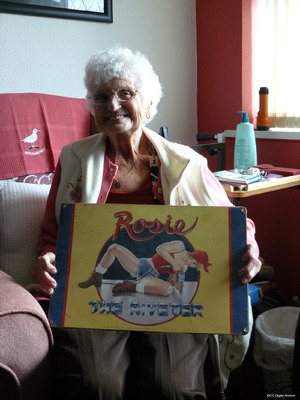 Sue Jones was born in Manchester. When the mill where she worked closed at the beginning of the war, she went to work for Avro. She worked on Ansons, Manchesters and then Lancasters. She describes the camaraderie on the factory floor. She also found herself in front of the magistrate because of being late. She was more scared of the cockroaches in the shelter than the bombs, so she volunteered for first aid duty and civil defence fire watch.