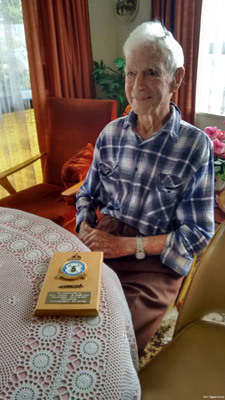 David Rayner Fox grew up in New Zealand and joined the Royal New Zealand Air Force in 1942. After training, he flew operations as an air gunner with 75 Squadron from RAF Mepal. During one operation his pilot, Dave Moriarty was terribly injured when a piece of anti-aircraft fire entered his eye. Despite this injury he piloted the aircraft back to base saving his crew for which he was awarded the Conspicuous Gallantry Medal. David also describes the attack on Walcheren Island.