Two Days in May 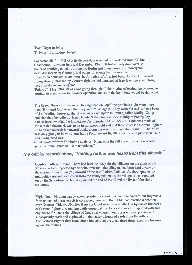 Two Days in May

A detailed memoir of the operation to Mailly-le-Camp when Lancaster JB314 crashed, killing all eight crew on board. It includes a detailed description by Michel, a teacher at Courboin. The remains of the airmen are collected and buried with ceremony. Later Michel is interrogated by the Germans. There is a list of the crew members with some personal details.