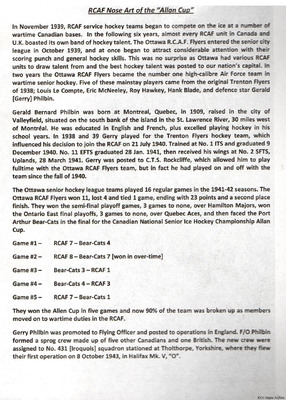 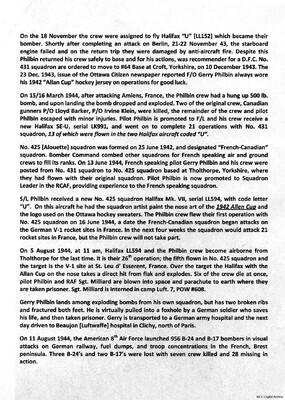 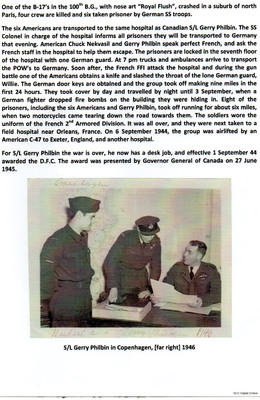 Gerry Philbin's talents in hockey whilst serving in the RCAF are described. He then transferred to the UK to fly Halifaxes. During an operation they were shot down and only he and Sergeant Millard survived. He was captured but escaped with the help of an American and the French. They met up with American soldiers and were airlifted back to the UK.