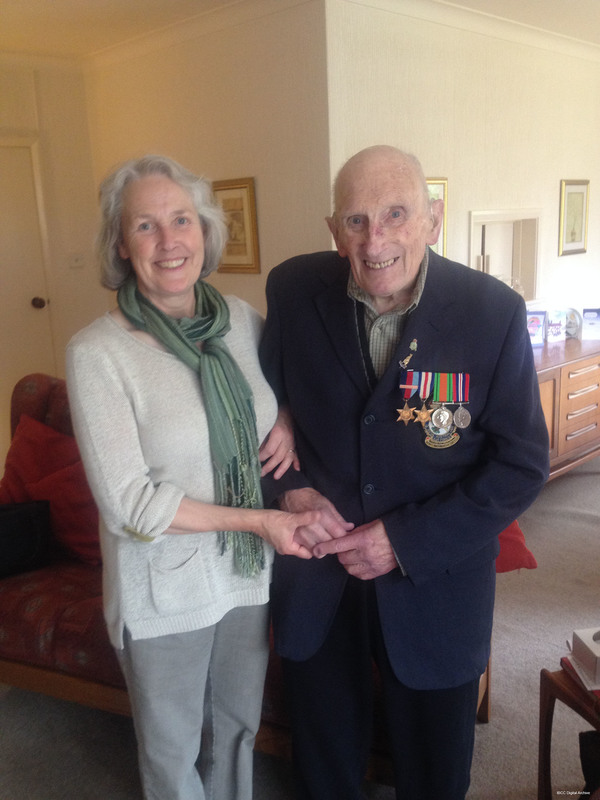 Basil Ambrose was born in Reading. He left school at fourteen and became an apprentice turner. He joined the Royal Air Force in May 1942 and trained as a turner before transferring to aircrew as a flight engineer. He trained at RAF St Athan, and completed thirty operations on Lancasters with 467 Squadron at RAF Waddington. In 1945 he was posted to 617 Squadron at RAF Woodhall Spa. He left the RAF in October 1946, and returned to his apprenticeship. He retired as Chief Safety Adviser for Greater London Council in 1981.