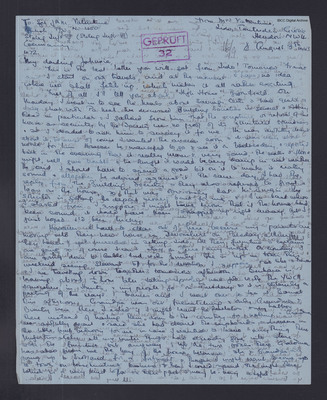 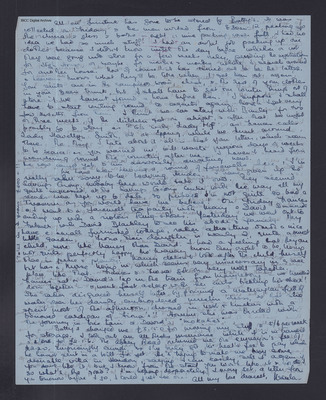 Writes that this would be last letter from Hendon and that her possible house purchase had been cancelled due to poor results of survey. Mentions that she will have to leave current house as all furniture is going to her parents new house. Writes of her immediate plans, local farewells and visit to friends. Concludes with some financial matters.