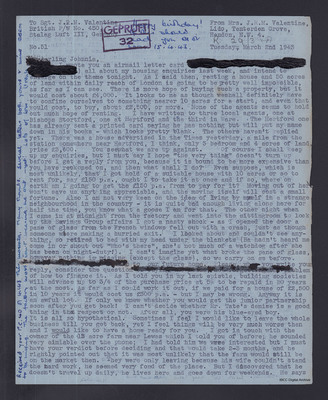 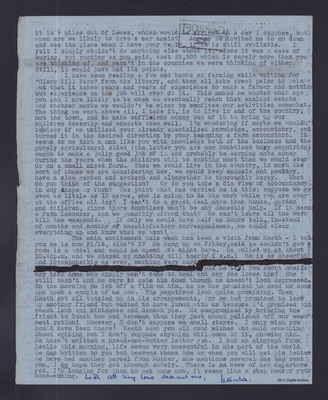 Continues to write about housing enquiries including options to rent or buy and possible locations and types of property. Mentions she is reading and old book about farming and goes on to describe her recent activities. Catches up with news of family and friends.