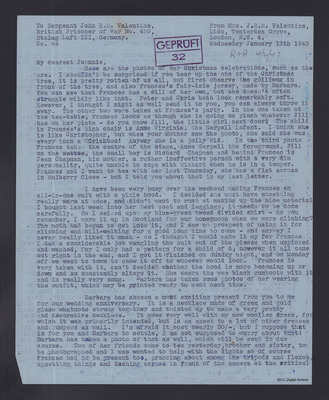 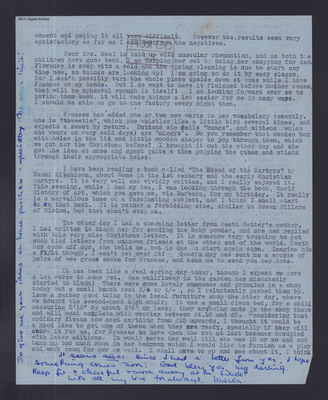 Describes photographs of Christmas celebrations she is sending and mentions suit she is making suit for daughter Frances. Continues with description of wedding anniversary present her sister has chosen from him and writes of her other activities, various news, the weather, gardening and asks for his ideas on house purchase.