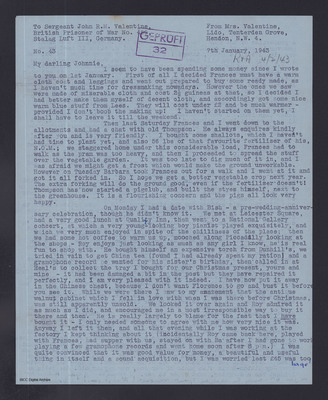 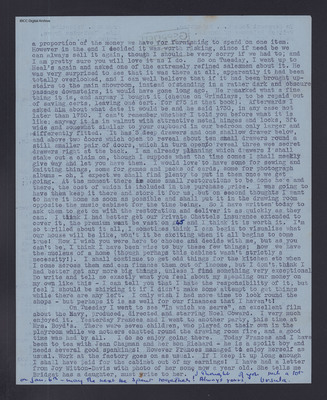 She writes about making some clothing for their daughter, and that they had both been to the allotments and described the work she did there. She writes that her and a friend spent some time in Central London having lunch, visiting the National Gallery and shopping. She writes that she bought an item of furniture for their home and goes on to describe it to him. Ursula and their daughter Frances went to a party with seven other children. She is still working at the factory and looks forward to a time that they can spend together.