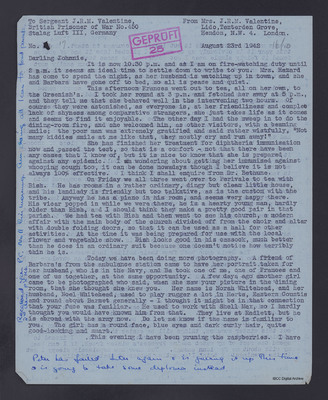 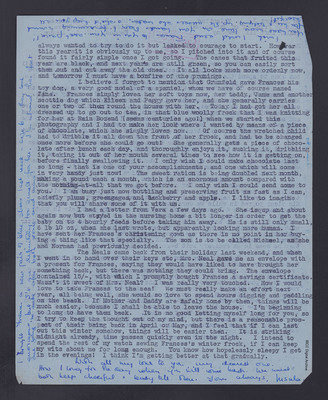 She writes whilst she is on fire watching duty. She says that their daughter Frances went to tea on her own and that she has finished her diptheria immunisation. She writes that she and some friends went to tea and that she has been practising photography. She mentions she has been bottling and preserving fruit and talks of daughter's activities as well as those of other friends. She ends her letter by hoping her husband will return, and they both must keep busy and cheerful till then.