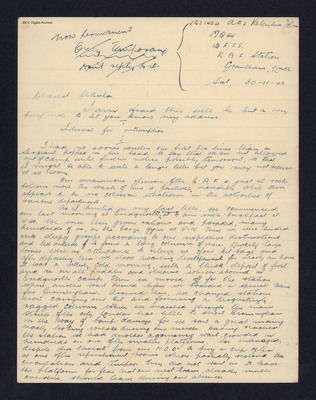 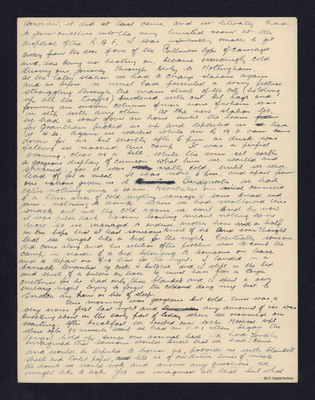 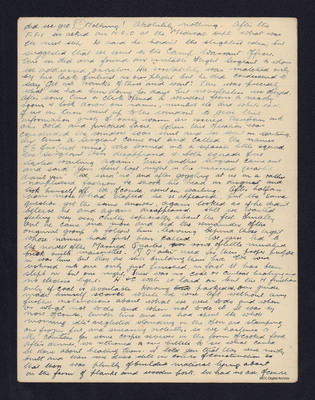 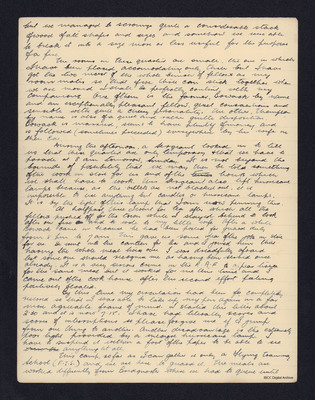 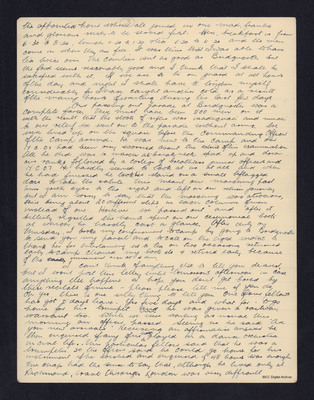 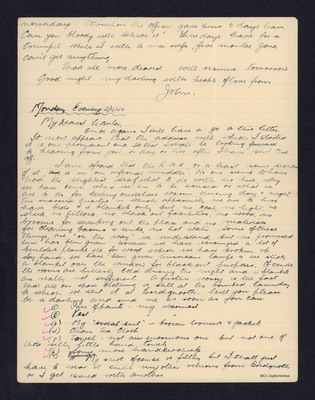 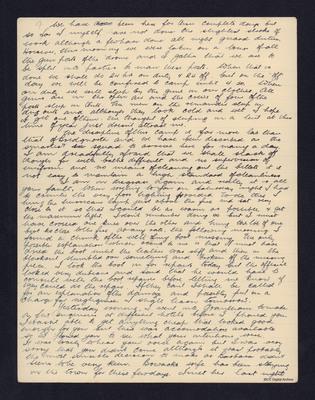 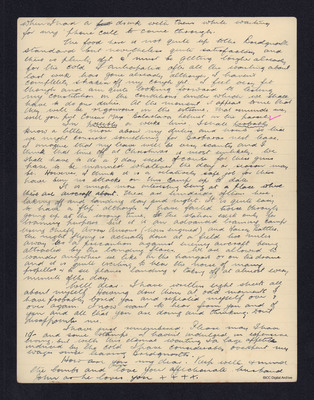 Writes describing last day at Bridgnorth and difficult journey to Grantham. Mentions poor food and difficulty finding accommodation on arrival. Describes activities and frustration about no news of future. Accommodation now in married quarters, describes day and companions. Says camp is flying training school and they were to guard it. Describes farce of passing out parade at Bridgnorth. Continues with banter and complains about the RAF being in muddle with no one knowing what to do with them. Goes on to describe daily activity including going into Grantham to look for hotels. States it is interesting as there are aircraft about.