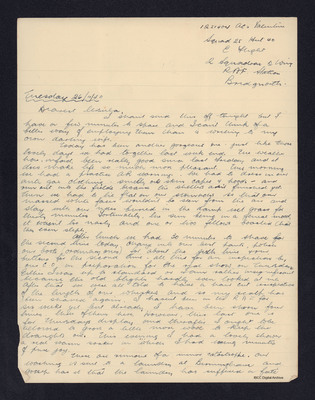 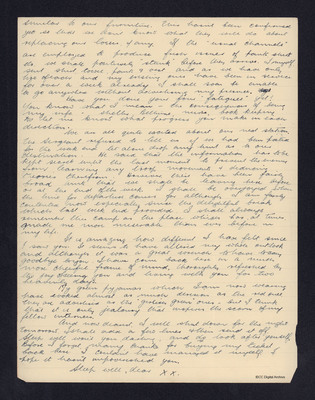 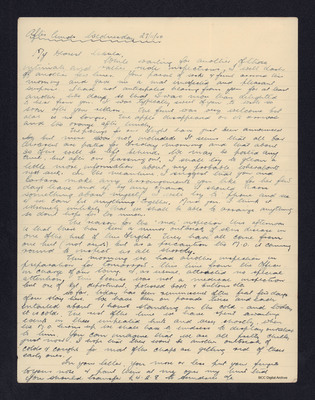 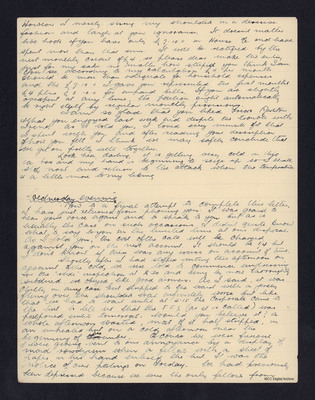 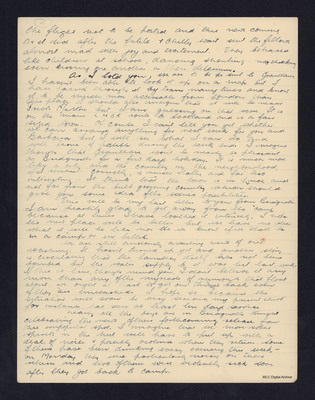 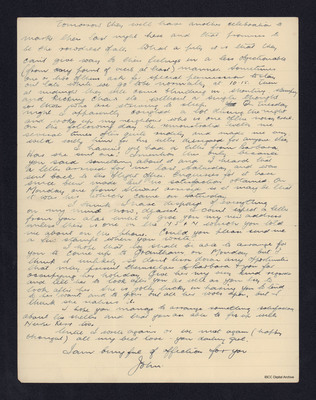 Writes of very good weather, daily activities and problems with laundry. Exited about next station although they have not been told about it for security reasons. Postscript adds that postings have now been announced but he was not on list and 30 aircrew would be left behind. Mentions outbreak of skin decease. Continues with financial discussion and domestic matters. Mentions that posting finally listed and he will be sent to Grantham. Wraps up with more mention of activities.