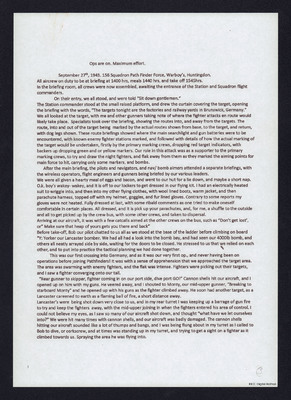 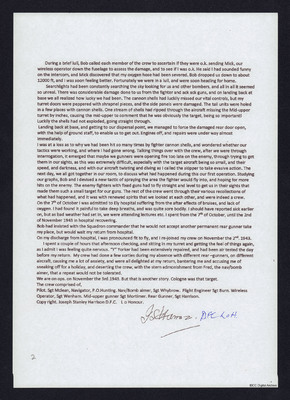 A memoir by Joe Harrison of his first operation in 1943. He describes the initial briefing, the events during the bombing run, the damage to their aircraft and his subsequent illness. Includes descriptions of the post-op analysis and good crew relationship.