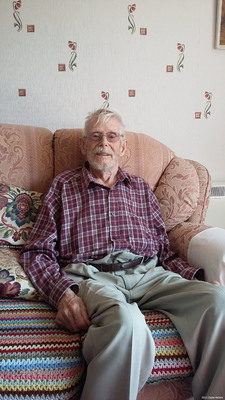 Len Harper registered for the air force in April 1939, influenced by the positive experience of his brother who had joined in January. Upon completing training at the Wireless Training School, RAF Yatesbury, he was posted to RAF Wittering, where he undertook radio maintenance for two years. Harper was posted to India in 1942, after marrying his wife, a Women’s Auxiliary Air Force based at RAF Newton, in February. He describes servicing radios for Blenheims and Spitfires, sightseeing with his friends, and sensing the political tensions. After two years, he was posted to Burma, where he completed radio maintenance for the Third Tactical Air Force. He recalls his impressions of the country, the living conditions in the jungle, and retreating from the Japanese. Eighteen-months later, an illness caused him to return to India, where he was hospitalised with dysentery for eight months. Harper returned home and despite enjoying his work, left the air force in 1945 following the wishes of his wife. Finally, he describes his service at RAF Wainfleet, his post-war career, and how fondly he remembers his time in India.