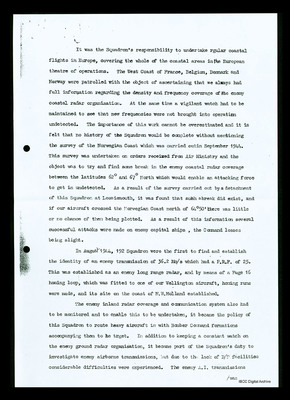 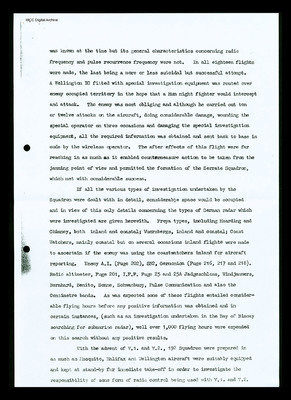 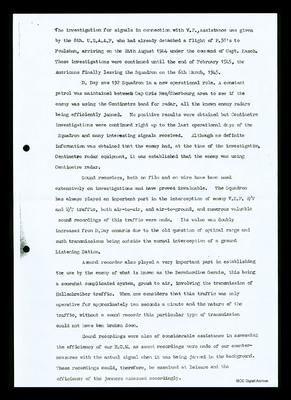 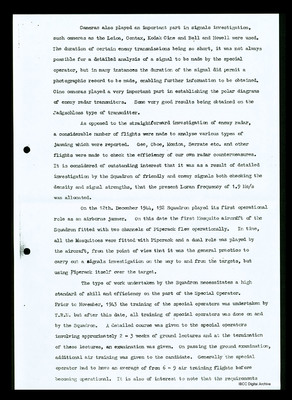 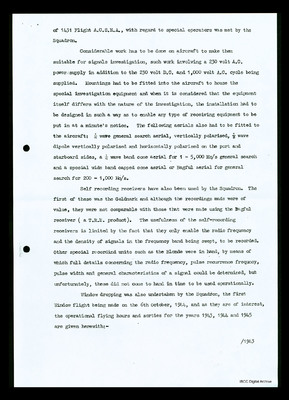 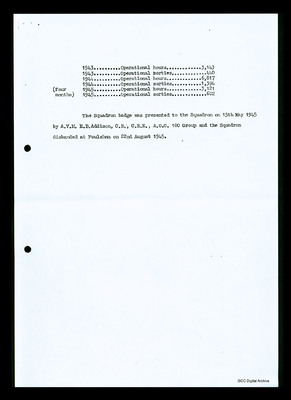 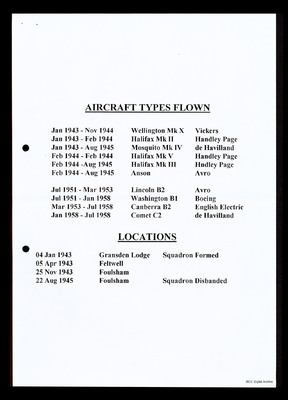 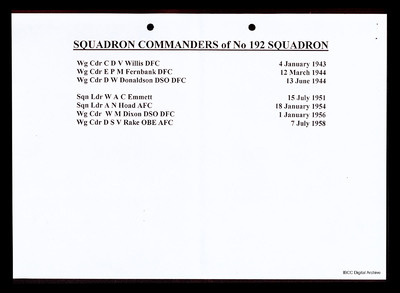 Covers coastal patrols to determine density and frequency coverage of enemy radar organisation, discovery of new enemy radar type and monitoring enemy overland radar and communications. Mentions use of specially equipped Wellington flown over enemy territory in hope of attack by night fighter to collect enemy airborne radar information. Search for possible radio use with V1 and V2, D Day operations, sound recording of enemy VHF W/T and R/T transmissions, use of cameras, modification of aircraft and use of window. Lists of hours flown, aircraft flown, locations and squadron commanders.