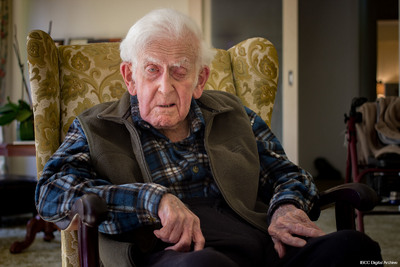 Brian Robert Southwell was born in Sydney and lived during the Depression which saw him have to set aside his interest in aircraft in order to secure a steady wage with an office job. He spent eighteen months making a model aircraft with the support and practical help of the de Havilland aircraft company. He made friends with the son of the Swedish consul in Sydney who was an aircraft enthusiast and he was able to fly with him. When he was able to volunteer for the RAAF he began training as a pilot on Liberators. He was a member of a special squadron dropping supplies and partisans into occupied areas. He also took part in other bombing operations while stationed at RAF Derna in North Africa.