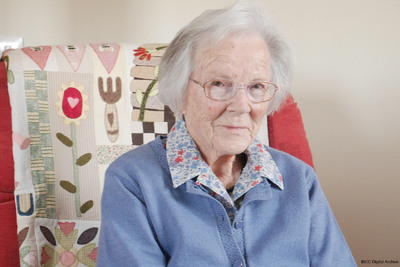 Margaret Cuthill volunteered for the WAAF in Edinburgh. She went for her basic training at Wilmslow before completing her training as a teleprinter operator at RAF Cranwell. She was then posted initially to 14 Maintenance Unit. After the war she married a pilot who had been based at 149 Squadron. Her husband never talked about his experiences during the war but the crew would be in touch on the anniversary of an operation on the 12th of December which affected them all.