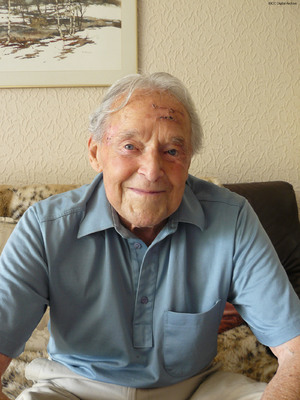 Geoff Packham grew up in Sheffield and worked at the town hall before he volunteered for the air Force. He discusses his father’s service in the Royal Flying Corps in the First World War. He trained in Canada and completed seven operations as a pilot with 550 Squadron from RAF North Killingholme before being shot down in May 1944. After attempting to evade he became a prisoner of war. He flew as a commercial pilot after the war until he retired in 1982.