Nine items. An oral history interview with Pilot Officer Geoff Packham (b. 1922, 161076, 1214349 Royal Air Force), photographs and documents. He flew operations as a pilot with 550 Squadron from RAF North Killingholme and became a prisoner of war after being shot down in June 1944.

The collection has been loaned to the IBCC Digital Archive for digitisation by Geoff Packham and catalogued by Barry Hunter. 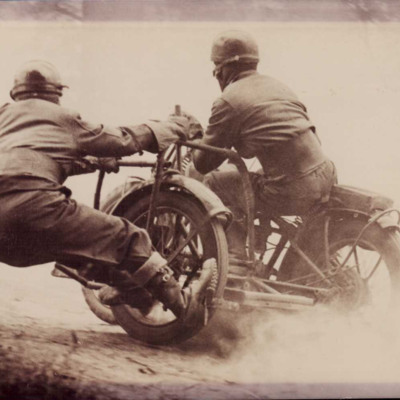 Geoff Packham and his brother Peter partaking in motor bike and sidecar racing. 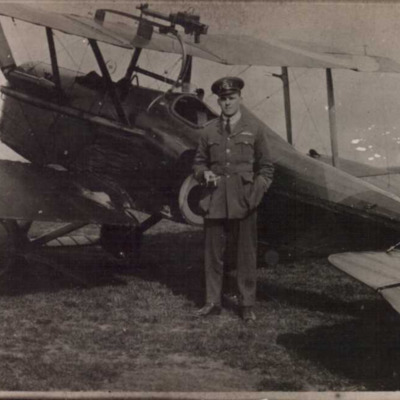 Geoff Packham’s father in Royal Flying Corps uniform in front of his SE5. 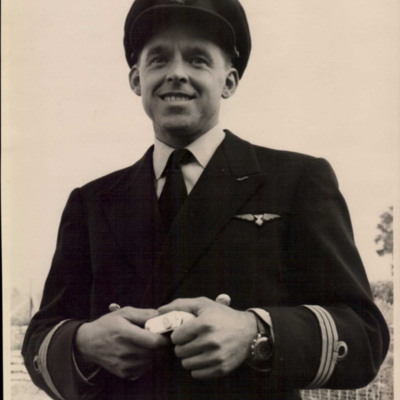 Half length portrait of Geoff Packham wearing a Sabena uniform.

Geoff Packham and his brother

An almost full length portrait of Geoff Packham wearing sergeant's stripes and pilot's brevet on his uniform, and his brother. Behind is a stone wall and moorland with hills in the distance. A list, taken from Geoff's logbook, of RAF stations where he served or was trained. 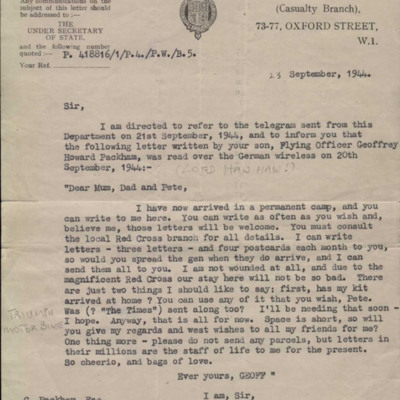 The letter addressed to Geoff's father is from the Air MInistry (Casualty Branch). It advises him that his son has been captured and a copied letter was read out by Lord Haw Haw on the radio. He asks for lots of letters and reports he is well. A sketch map showing Britain, the North Sea, Holland and Germany. The main attack is to near Essen and shows the routes followed. 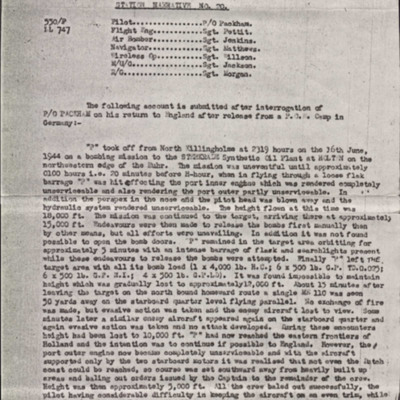 On his return to Great Britain after his release from prisoner of war camp, Geoff Packham was interrogated by his commanding officer. His aircraft was damaged during a raid on Sterkrade by Holten. The bailed out over the Netherlands. He was captured…

Geoff Packham grew up in Sheffield and worked at the town hall before he volunteered for the air Force. He discusses his father’s service in the Royal Flying Corps in the First World War. He trained in Canada and completed seven operations as a…
View all 9 items