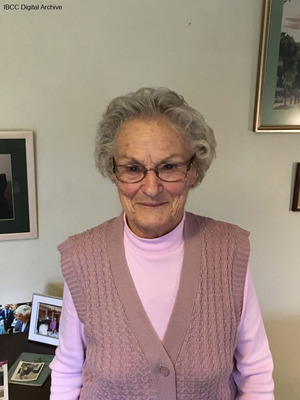 Margaret Longmate from Edinburgh came from a family with long links to the RAF. Her uncle had been in the Flying Corps in the First World War and various other friends and family joined the service during the Second World War. Therefore, it seemed obvious that when it came time Margaret would join the Women's Auxilliary Air Force. She began her training as a wireless mechanic and her first day in London she experienced a V-1 attack. For her twenty first birthday Margaret and three friends had the ultimate celebration feast of poached eggs on toast which made a welcome change from the dried eggs that were otherwise on offer. The cousin to whom she was very close was with Bomber Command. He was killed on his twenty first birthday.