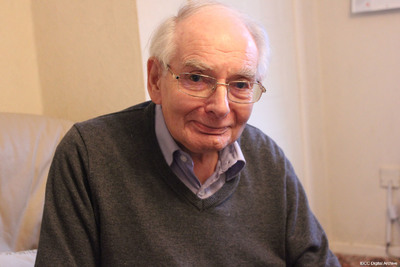 Ralph Freeman volunteered for the RAF in 1942. He began initial training in March 1943 and was posted to Manitoba in October, where he qualified as a pilot after training on Cornells and Ansons. Upon returning to Great Britain, Freeman was remustered and completed flight engineer training on Lancasters at RAF St Athan, before forming a crew at RAF Bottesford. The crew joined 101 Squadron at RAF Ludford Magna on the 6th July 1945, but moved to RAF Binbrook in August, where they undertook flights to Italy under Operation Dodge. For his final posting, he completed maintenance at RAF Stoke Heath and left the RAF in December 1946.