An oral history interview with Sergeant Ralph Reginald Freeman (1923 - 2019, 1523700 Royal Air Force), his log book, photographs and documents. He trained as a pilot and later flew as a flight engineer.
The collection has been donated to the IBCC Digital Archive by Susan Abbott and catalogued by Barry Hunter.

Four Airmen and a Lancaster 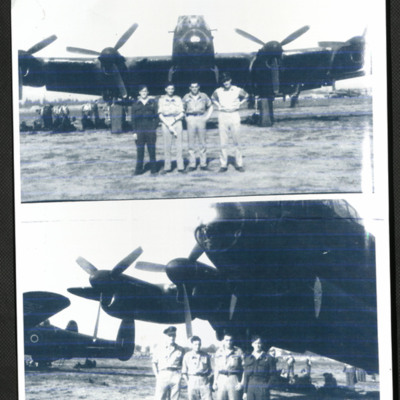 Two photographs of four airmen standing in front of a Lancaster. In the second image there is a second Lancaster. 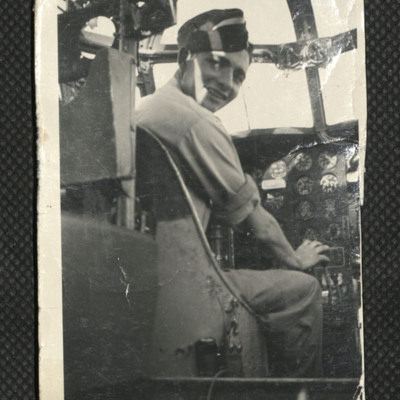 Ralph at the controls of a Canadian Avro Anson. He is wearing tropical kit. On the reverse 'RRE Freeman'. 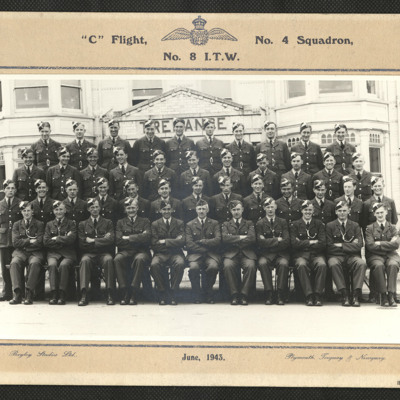 A group of trainees arranged in four rows in front of the Trenance Hotel, Newquay.
On the reverse are the signatures of some of the trainees. A yellow post-it note states 'RRE Freeman 2nd row from left row 3'. 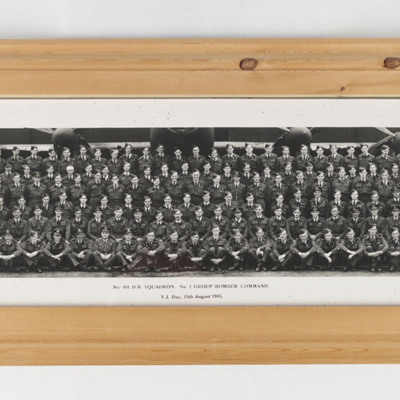 A framed photograph of 101 squadron on VJ day 15th August 1945. A large group of squadron personnel are arranged in six rows on front of a Lancaster. 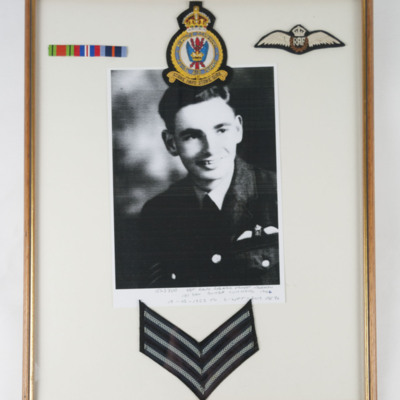 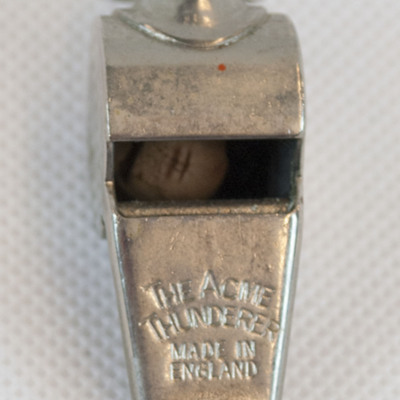 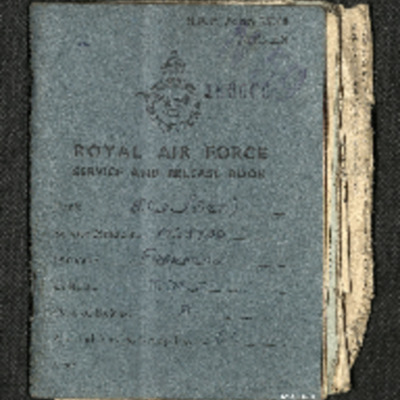 RAF Form 2520A issued to Ralph Freeman.
The form has some details of Ralph's service. 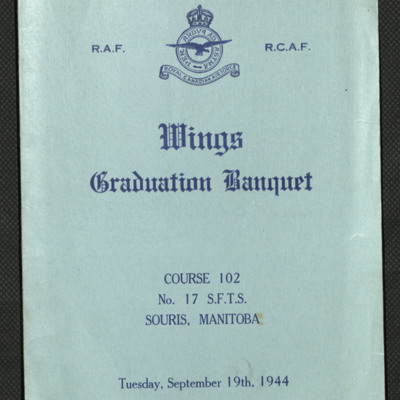 Ralph's graduation banquet from No 17 SFTS Souris, Manitoba. It includes the programme of addresses, menu and a list of those participating.
A second copy has some signatures of participants. 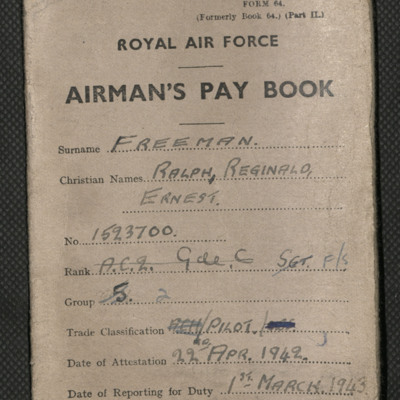 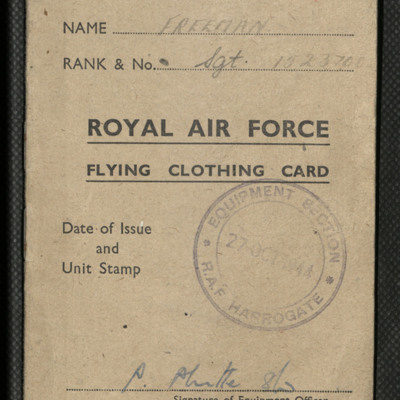 Two pages from a logbook. Ralph is mentioned as a 2nd pilot or passenger. 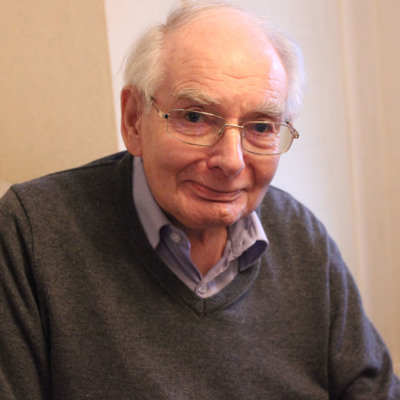 Ralph Freeman volunteered for the RAF in 1942. He began initial training in March 1943 and was posted to Manitoba in October, where he qualified as a pilot after training on Cornells and Ansons. Upon returning to Great Britain, Freeman was remustered…
View all 13 items