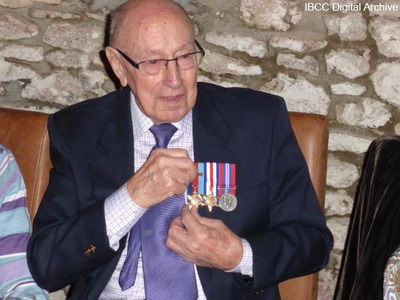 Ron Flynn was living in London before he volunteered for the RAF. He trained as a flight engineer and joined a British / New Zealand crew. He was posted to RAF Mepal. There was at least one occasion when a fire in the engines was extinguished by the pilot doing a steep dive. When they returned to their base they crashed through the fence at the airfield.