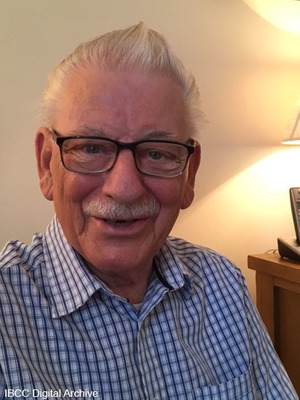 As a child, Ron Harrison witnessed the bombing of Hull. He describes what it was like to be a child exploring the bombed out areas of the city with his young friends. His father was a fireman and while he was attending fires in the dock area their family home was hit. Fortunately Ron had been staying with his grandmother that night. Ron recalls his father salvaging a toy lorry which had been badly damaged and was found in the wreckage. He repaired it for Ron and it remained as a much loved family heirloom. He describes how the firemen would make toys for the children who had lost everything in the air raids. Ron recalls a gathering of local lads who were off to join their Navy ship and the party to wish them well. All were lost when the ship was later attacked. He recalls the rationing and the spirit of the local people around him towards the bombing. Ron also recalls the night when residents thought the war was over and all assembled in the town centre to celebrate. The lights came on but a lone Luftwaffe plane descended and attacked the crowd killing twelve. Ron also describes the day the war ended when the children were being driven around the town centre in the American jeeps.