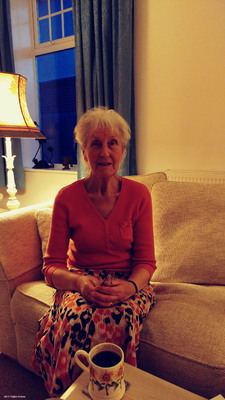 Heather Hindley was a young girl living in Nottingham and attending private school when war was declared. She discusses air raids, sleeping in her grandparents’ shelter and rationing. She talks about the experience of moving to the countryside at the start of the war and how they later came to have a serviceman billeted with the family. Despite being quite young she attended tea dances at the Palais de Dance where she met American servicemen and had her first experience of jiving.