Interview with Jim Copus. One 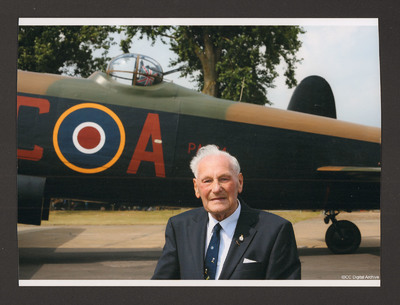 Interview with Jim Copus. One

James Copus grew up in Oxfordshire. He volunteered for aircrew and after training, became a mid-upper gunner and flew operations with 97 Squadron. He remembers a crash while taxiing to take-off, baling out of his empty Lancaster and how he kept himself occupied while a prisoner of war at Stalag Luft 1.