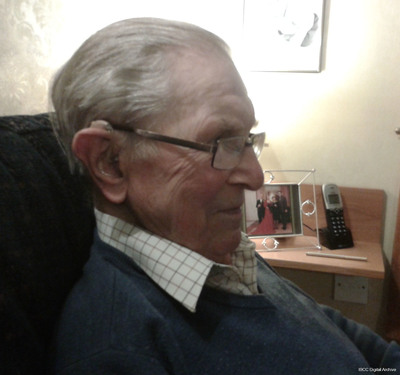 William Bryan reminisces being hit by a German fighter and anti-aircraft fire while mine laying the Kiel Bay. The rest of the tour was a reasonably quiet time, consisting mainly of operations in the run-up of the Normandy campaign. Describes bombing in France on marshalling yards, trains and other targets. William's tour ended a week before D-Day. He then was posted to an operational training unit at RAF North Luffenham, where her taught airmanship, parachute jumping and dinghy drill. Reminisces a meeting with meeting Pilot Officer Bill Wood being shot down in the Bay of Biscay while attacking a U-boat. He was then picked up by a Spanish trawler and dropped off in Gibraltar. William discusses ‘standard rank’ adjustments when some were promoted and obtained commissions, while others ended up with a lower rank.