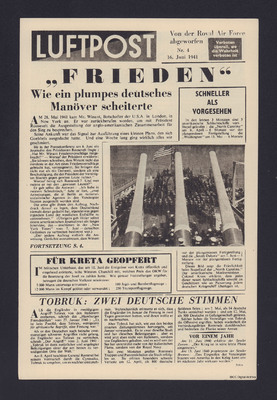 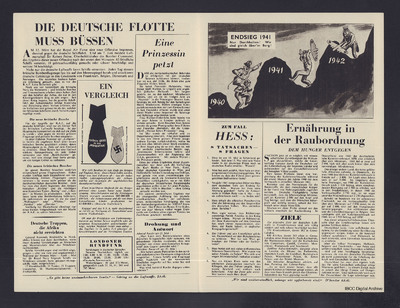 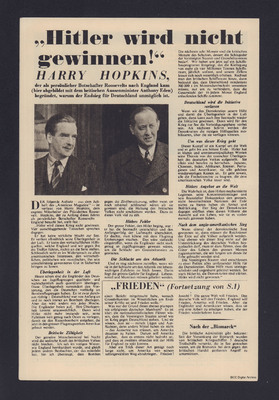 On 7th June Sir Robert Peirse, Commander in Chief of Bomber Command, reported on the British success against German vessels since 12th March. For land-based operations, they are mass producing larger aircraft with larger bombing capacity to have more impact in a single sortie.

Article about Princess Hohenlohe, formerly Stephany Richter, of Hungarian Jewish origin. She had associations with Hitler and his entourage. Arrested in May and sentenced to deportation, she has been assisting the American government. As a result, Dr. Kurt Rieths, former German ambassador in Vienna, was arrested. The German-American federation, financed by the National Socialist Party, has also been dissolved and its leader sent to prison for embezzlement.

Because of the RAF actions on ships, the article questions how many reinforcements are reaching General Rommel in North Africa.

Favourably compares British and American steel and oil production to the Axis countries, suggesting they will, therefore, produce a higher number of bombs.

Calorie consumption comparisons show a reduction between early months of 1940 and 1941. Although Germany and Denmark are still above the recommended 2500 calories per day, the Norwegians, Dutch, Belgians and French have insufficient. It suggests Germany is plundering them for its own needs.

Eight facts and eight questions are listed on the subject of Rudolf Hess, who landed in Scotland on 10th May.