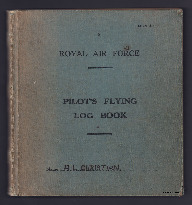 One printed book with handwritten annotations